You would think the activity and diversity found in a house of ten people could prepare anyone for the big world. But that wasn’t the case for Danny. Ever ordered a combo of fried chicken and enchiladas? Of course not, but this small-town boy from Tennessee experienced something like that.

Danny didn’t know what to think when he first walked the busy streets of Mexico City.

Danny grew up with an inquisitive mind craving adventure. He exercised his legs running track and then exercised his brain playing Settlers of Catan (a German-inspired game of strategy). Other hobbies included reading, playing soccer and frisbee, and enjoying outdoor games.

Some people say you have to go around the world to find what you love. Though cliché, this was true for Danny (he just down the world halfway). The day his footsteps touched non-American soil, a new passion unfolded.

Danny was assigned to learn and speak Spanish as a missionary for his church. For two years, he would cultivate relationships using the Spanish language, and he was given only six weeks to learn it⁠—that is, only six weeks with traditional instructors. After that, he was on his own.

Danny spent those six weeks in Mexico City doing everything in his power to learn Spanish. On top of the foreign language, the exotic smells, the unfamiliar terrain, and the hustle and bustle of city-life were nothing shy of shocking.

But Danny embraced the Latin American culture and set out to accomplish what he was assigned to do. Teach. 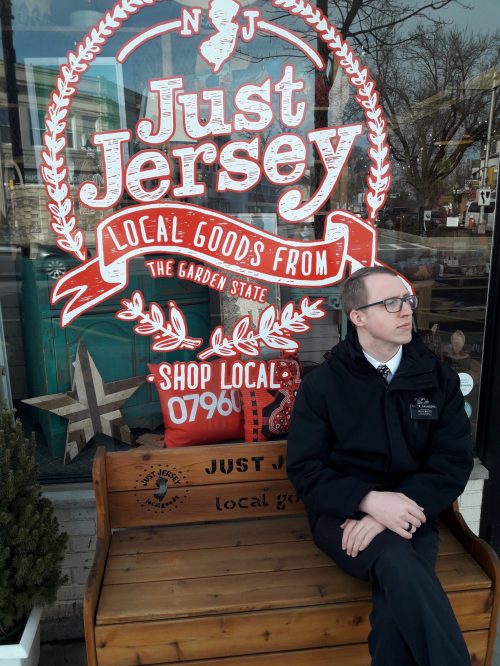 The remaining time of his two-year mission was spent in New Jersey (also nothing like Tennessee or Mexico City). Most of his days were spent knocking on doors and sharing uplifting messages, typically in Spanish. Out of the frying pan and into the blazing hot, smoky fire would be the best description of learning the language.

Of course, not every person learning English may be dropped into an American community and have no other choice but to speak it constantly, but many parallels can be drawn from Danny’s experience learning Spanish.

First, you only get out what you put in. Like putting a dollar into a savings account, you still put the dollar in and will benefit from the interest. However, if you put in more than one dollar, then you are collecting higher interest.

Someone learning English should never disregard any effort he or she puts forth, but with greater effort comes greater payoff.

Also, Danny suggests you make as many mistakes as possible early on in the learning process. Mistakes are inevitable and are part of the journey. But each mistake presents an opportunity to seek help and receive corrections. This is a vital step to progress. The only obstacle in front of someone is themself. 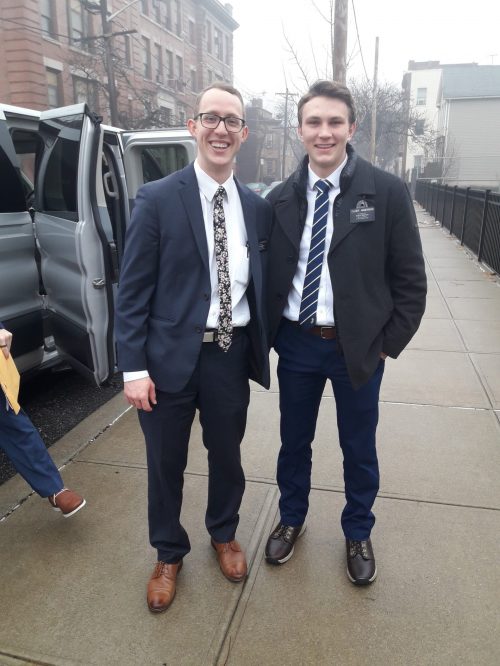 Danny not only spoke Spanish for two years but also shared his skills by teaching his native language. As he taught more and more English classes to foreign speakers, his passion for tutoring increased.

He often heard people say, “English is a life changer,” and thank him for his teaching. In these moments, Danny recognized the critical value of English for all people, a language he often took for granted.

Danny’s mission concluded, yet he still yearned for the thrill of teaching. Luckily, he was introduced to Hallo while at school, and he had no hesitation in signing up as a Hallo streamer. Though a little nervous about teaching on an unfamiliar technological platform, Danny was electrified to begin corresponding with people from all over the world.

Every time Danny hops onto Hallo, he is filled with “satisfaction.” There is nothing better “than when that lightbulb goes on” for one of his students.

“Immerse yourself as much as you can,” affirms Danny in response to an effective way to learn English. As he learned from his Mexico-Jersey days, taking advantage of music, movies, books, and changed language settings on a phone will help someone learn English faster.

It was a great day when Danny convinced a close friend to sign up for Hallo too. Knowing the benefits that teaching has given him, he wants others to feel the same pleasures whether as a streamer or user..

Danny is sincerely grateful for the many unique friendships he has formed with people throughout the world all united in a common goal. This is surely something no one can achieve by his or her capabilities alone.

The little service Danny gives to his Halloers is nothing compared to the love he has for Hallo’s embracing community. Gratitude and appreciation flow among all correspondents. Streamers and users, together, form the supportive community Hallo was created to be.

Here are some other fun facts about Danny: